The one-day festival "Kunstentropie" is an international art project conceived as a cooperation between four NGO organizations from Austria, Switzerland and Serbia, as well as several independent artists. The aim of the festival is, through various activities such as exhibition,fanzin workshop, book presentation and music, to put the focus on the independent production of artists and cultural workers who are either physically in the diaspora or have a specific emotional or artistic relationship with this sociocultural phenomenon.


During the festival, visitors will have the unique opportunity to enjoy a taste of a traditionally made kacamak (pura) cooked in the festival venue "AU".

19.00h OPENING OF THE EXHIBITION "THE SAME REASON TO TAKE A WALK" BY VLADISLAVA SAVIC + ANIMATIONS OF THE "KACHAMAK" ARTISTIC GROUP

“The Same Reason To Take A Walk” is a series of collages exploring urban landscapes. It uses fragments of different scenes and photographs to develop unique architectural sketches.
KACHAMAK - https://vimeo.com/user44583737

Here you can find the Fanzine Velika nuzda


VLADISLAVA SAVIC was born in Yugoslavia, a communist utopia that was established after World War II. When she was still a kid, her homeland was violently disassembled into small pieces — six “independent” countries that are still struggling to establish their own identities. Her hometown is located at 43°51′34″N 19°50′42″, a place where opposites meet and clash: East vs. West — Communism vs. Capitalism — conflicting political beliefs and social systems. The constant change and teetering stability of Vladislava’s physical surroundings shaped her as an artist, feeding her curiosity. Consequently, she has learned to create a “state” of her own. Her work is a living paradox, which is invaluable in today’s modern polarity. She captures her universe on canvases, in collages, and in drawings — all of which contain buildings from her immediate physical surroundings. Real space architecture is melted into her own perception of reality.
http://vladislavasavic.com/


KATIE WOZNICKI was born and raised in Cleveland, Ohio. She is not Serbian, but has lived in Belgrade since 2007. She is an artist and musician. Other than drawing, she has two musical projects - KOPY KAT and AMANITA DODOLA, and she composes the music, sings and raps for both of them. She also makes minimalistic miniature pop songs in the format of commercials in her other musical group, EPP.
http://www.katwoz.com/

KRISTINA KEKIC - After her apprenticeship as a graphic designer, Kristina Kekic decided to intensify her artistic exploration and studied Media Art at the Art Academy from 2002-2006. During her studies in Switzerland (FHNW) and in Hamburg (HFBK), she mainly dealt with the question of finding a new identity as a second generation of immigrants. She tried to capture her familiar sense of being "in between" in her thesis with a documentary which was nominated for Swiss television's TPC Creativity Award. In addition to various projects in the fields of film, installations, weaving and illustration, her passion for graphics grew, so she decided to become self-employed and has been working as a freelance graphic designer since 2006. As a native of Switzerland with roots in the Balkans, however, she did not let go of the topic of migration and integration. As such, in 2009 she decided to build a pilot project to help young migrant women. She taught, coached and accompanied young women with the goal of integrating them into the workforce. Kristina felt that teaching was the perfect combination for artistic and graphic work and decided to complete her studies as a senior teacher at the College of Education in 2014. Since 2012 she has been teaching integration classes at the cantonal vocational training school in Baden and continues to work as a freelance graphic designer in Zurich.

ALMAZAN PREDRAG was born in 1983 in Pančevo, Serbia. Does everything in order not to do anything. Owns WeUseWood jewelry work shop for modified people. In 2018, he published his first solo book of poetry "Preovraženje (Transfiguration to the Devil)."
https://www.facebook.com/WeUseWood/

DANILO STOJIC- As the start of my career, I would choose early works on comic books in different d.i.y. publications all over the former Yugoslavia, and a few publications I made myself during my high school years (Hot Water, Review of the Final Poetry, Eclipse, Young Geographer...); also writing graffiti and different works of street art that later resulted in video works and led to the participation in different festivals where my work was presented with my art crew, Undergrad, that was formed sometime around the year 2000. I have published texts and stories (written both originally in Serbo-Croatian and in English) in different magazines, on internet sites and in a few story collections; from late 2005 to early 2008, in cooperation with the E-761 Open Highway – Arts & Culture Cooperation Project donated by Pro Helvetia, I developed a few projects (031: Cry from a hole, Excursion...) and released three publications (the D.I.Y. and independent publishing almanac: Add to The (under)History of Art and Culture of Southwest Serbia, Semir, and the Studio for New Comics); in the same period I cooperated with the Open Arc Theatre, Amsterdam Cyber Theatre and the National Theatre of Užice in different experimental theatre projects; from 2006 I started working on video works, both as narrative and experimental media, and initiated literary magazine Undergrad JAM, in order to present my writings and the writings of young, undiscovered writers from all over former Yugoslavia. With video works, VJ performances and street art, I participated in numerous projects as an individual and in co-operation with other artists. My first novel - Vreme poluraspada, was published by Undergrad in 2012. After that, in 2014 came the digital edition Resto, together with young graffiti writer and illustrator Branko Tešević and co-operation in collection of stories with Janko Međedović titled Sasvim savim. Currently, I am finishing a book project that started in commemoration of 100 years of William S. Burroughs’ birth, which gathers works from a large number of participants around the world, together with theoretical depositions about experimental writings and biographical details, under the title Life is a Cut-up.
https://vimeo.com/user4259898

LENHART TAPES is the music project of Vladimir Lenhart, who has been working on the manipulation and mixing of audio tapes since 2010. True to the principles of the "ready-made" method, he uses previously recorded material for various purposes, such as rhythmic loops, and employs walkmans as "musical instruments". He refers to his music as "tape music" and refers to the chapter in modern electronic music founded by O. Luening and H. Czokay.
https://soundcloud.com/lenhart-tapes

SKRECH MAJSTOR LJUBAN- Ljuban is from Sevojno, a small industrial town in western Serbia. He is an ex-YU vinyl scratch master and one of the most skilled trash-hop selecta & turntable & sampler artists of the last decade in Europe.
https://soundcloud.com/ljuban 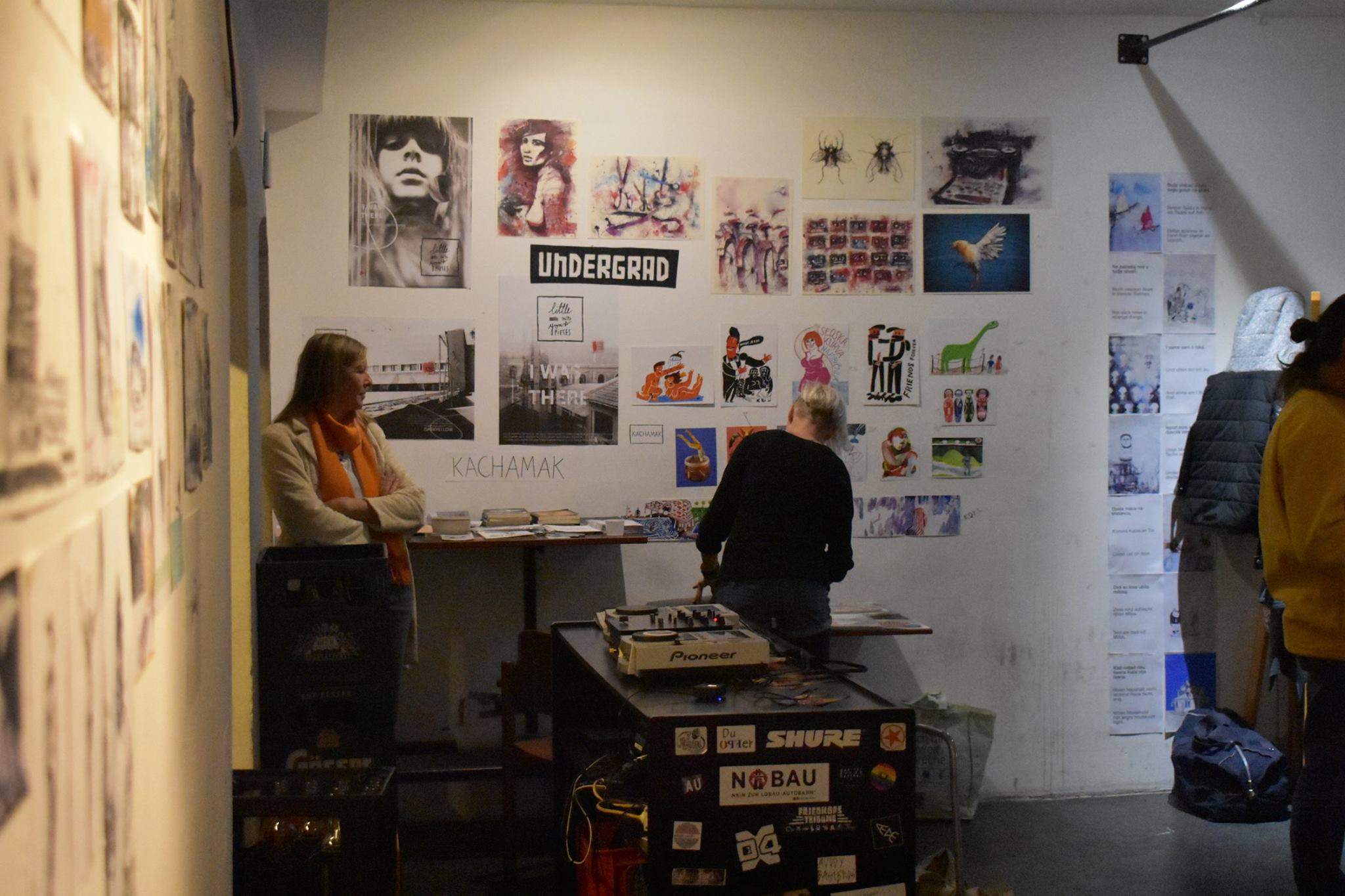 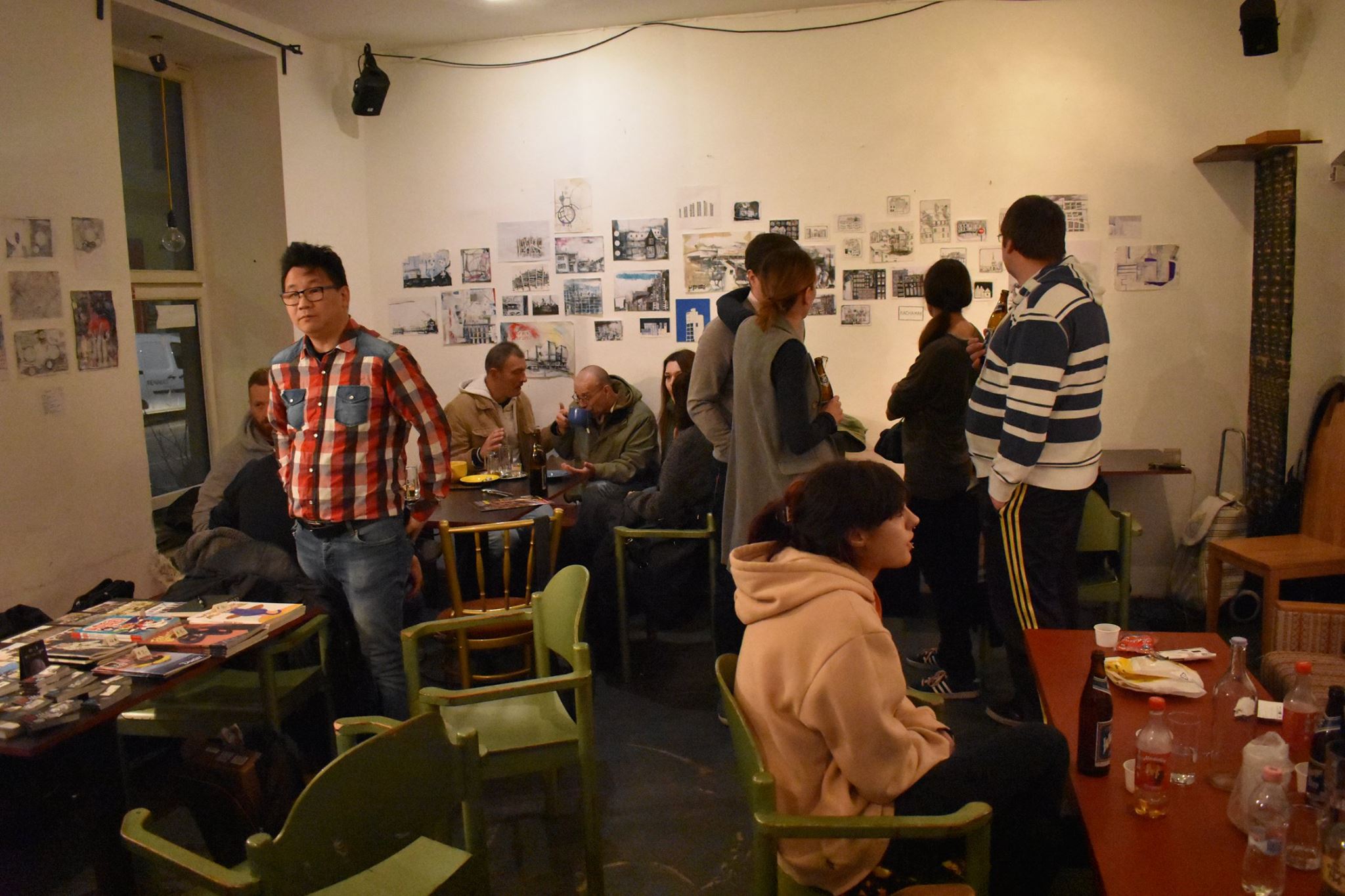 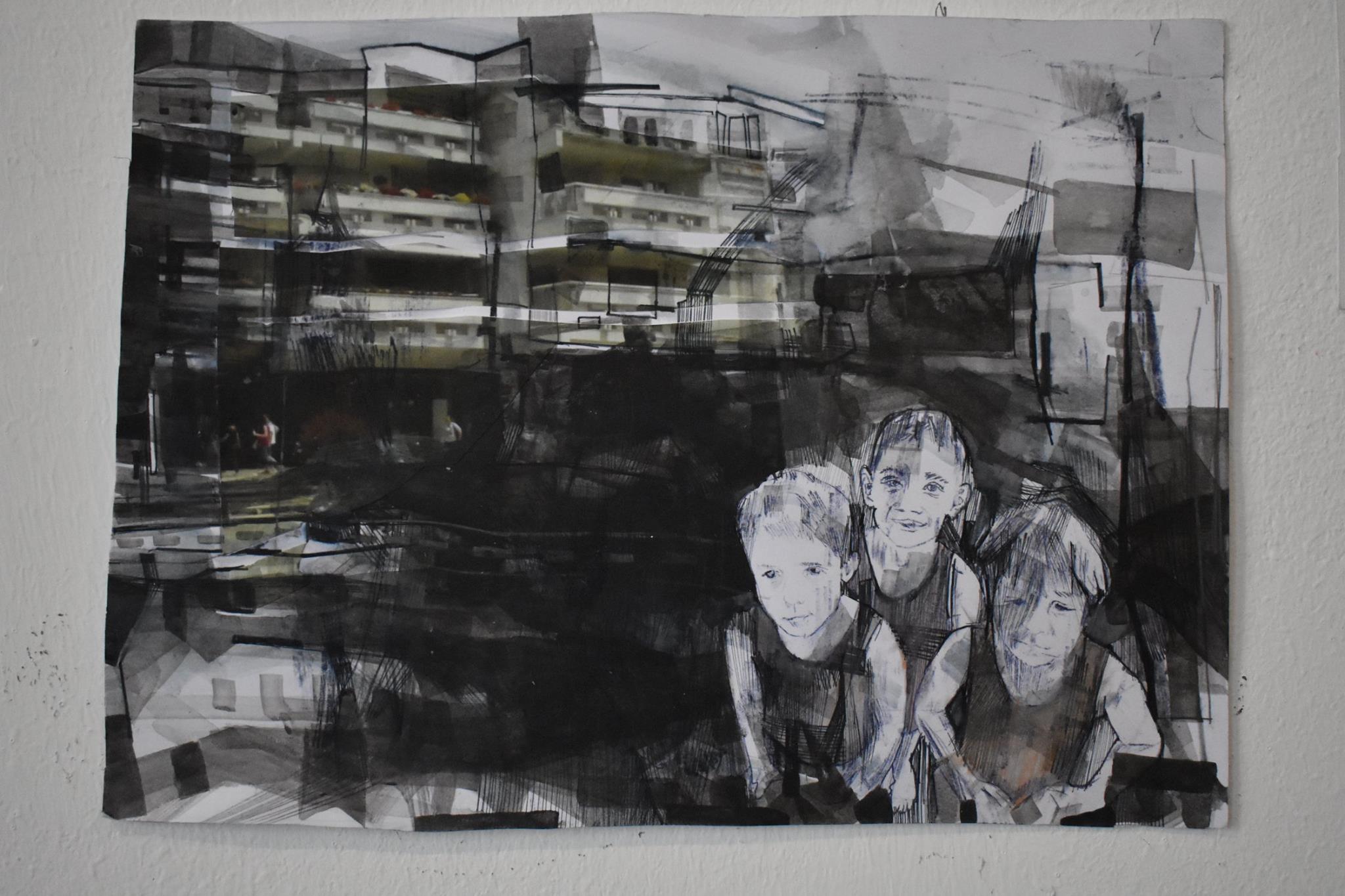 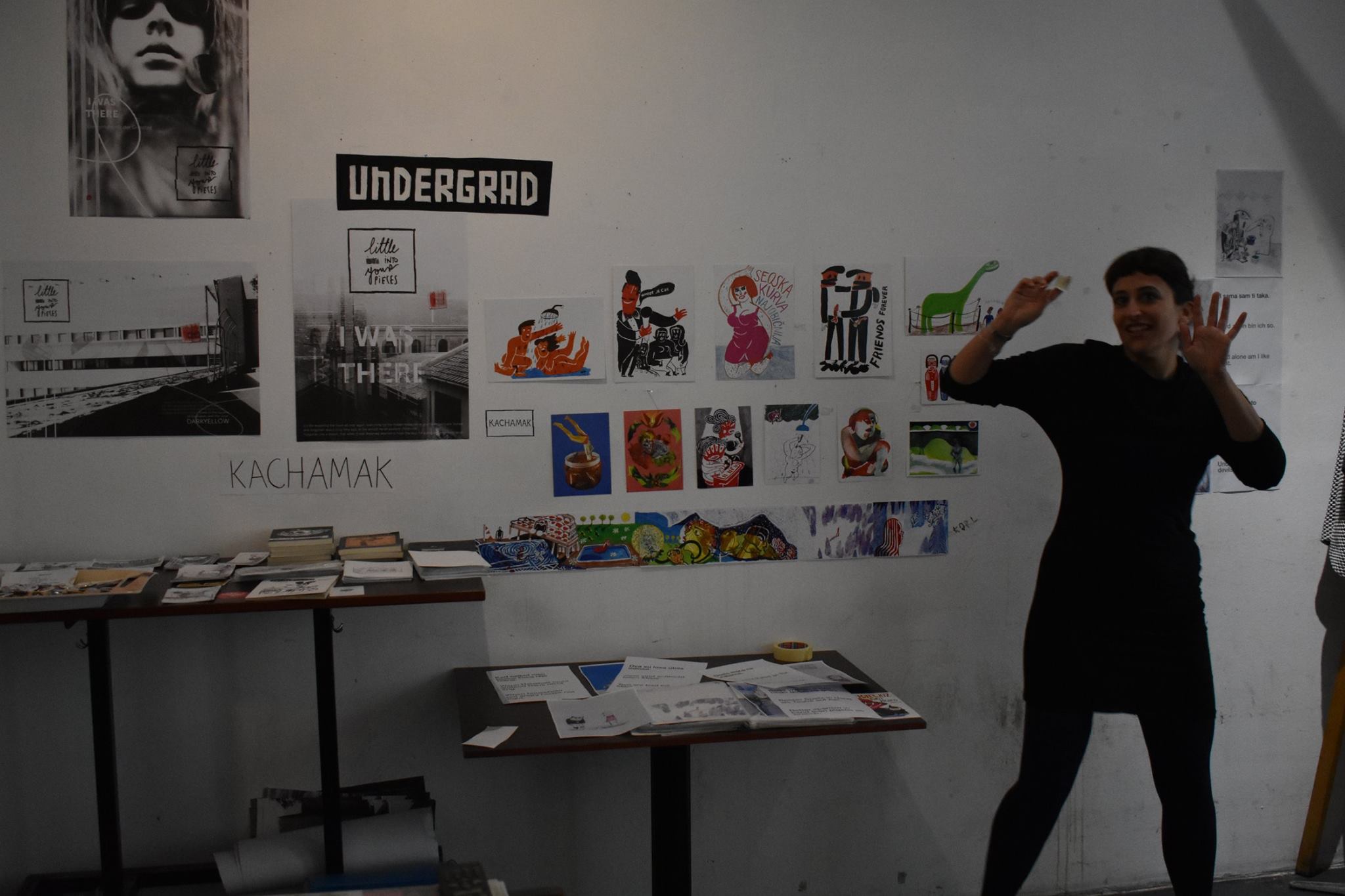 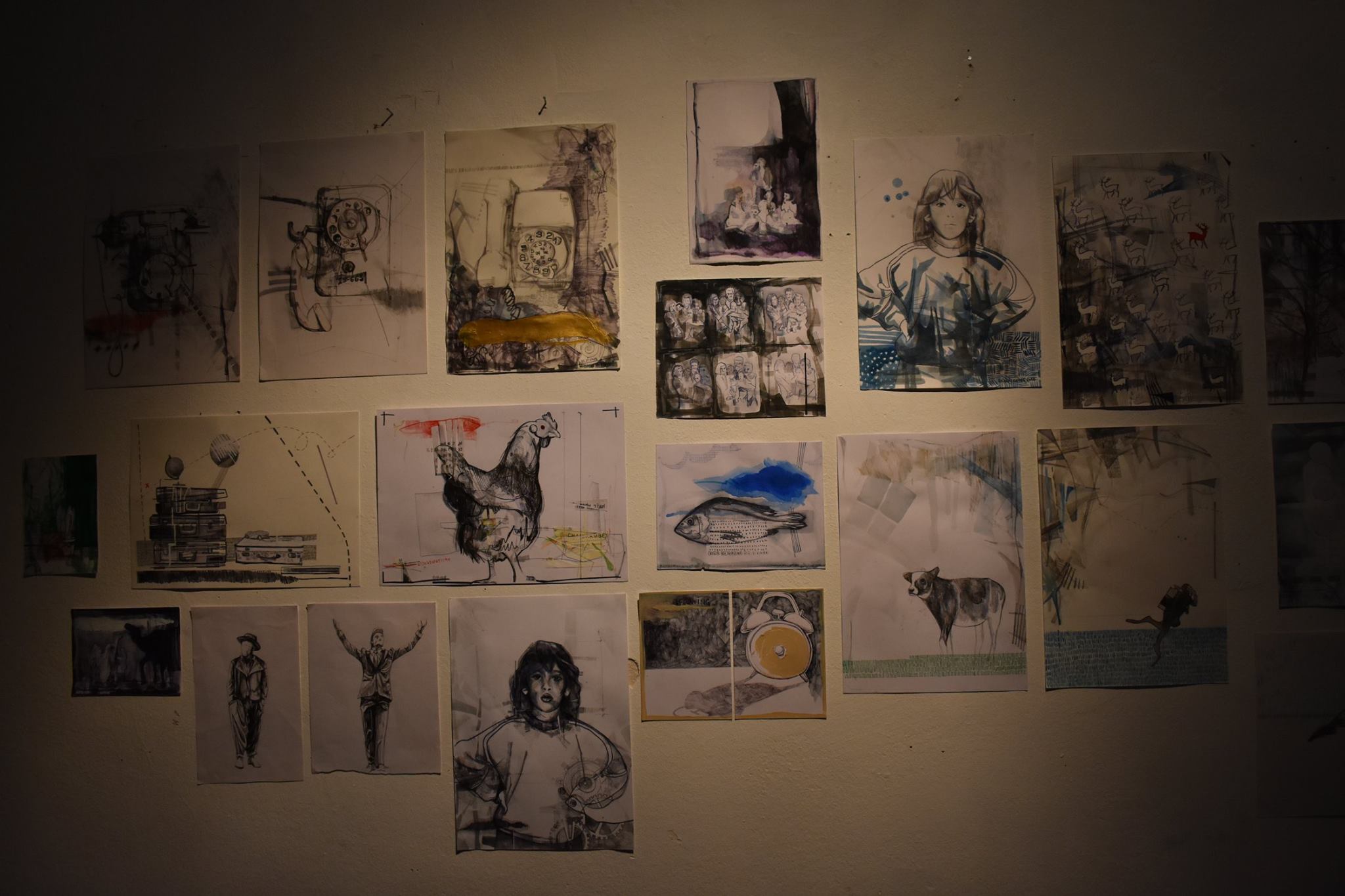 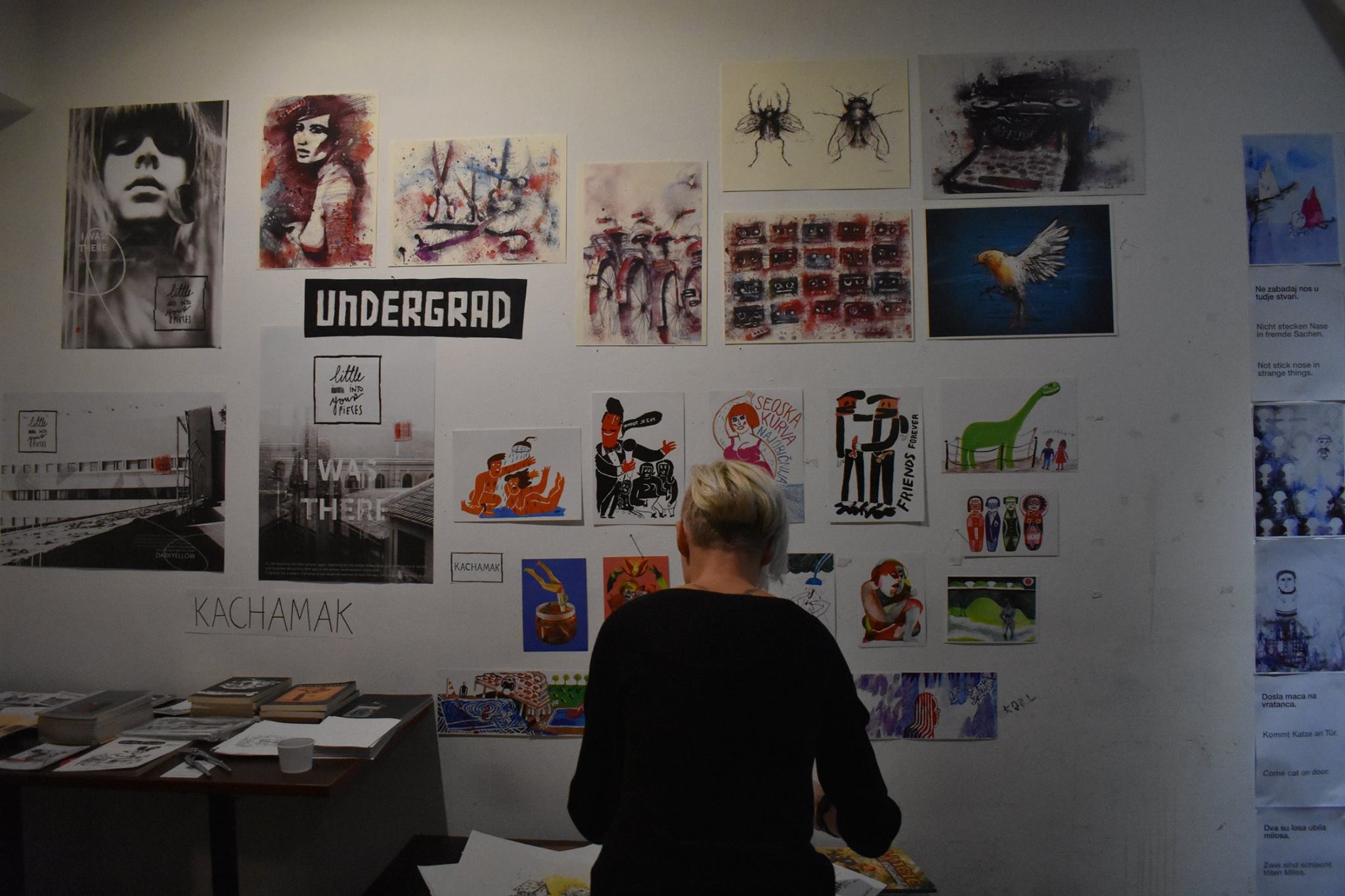 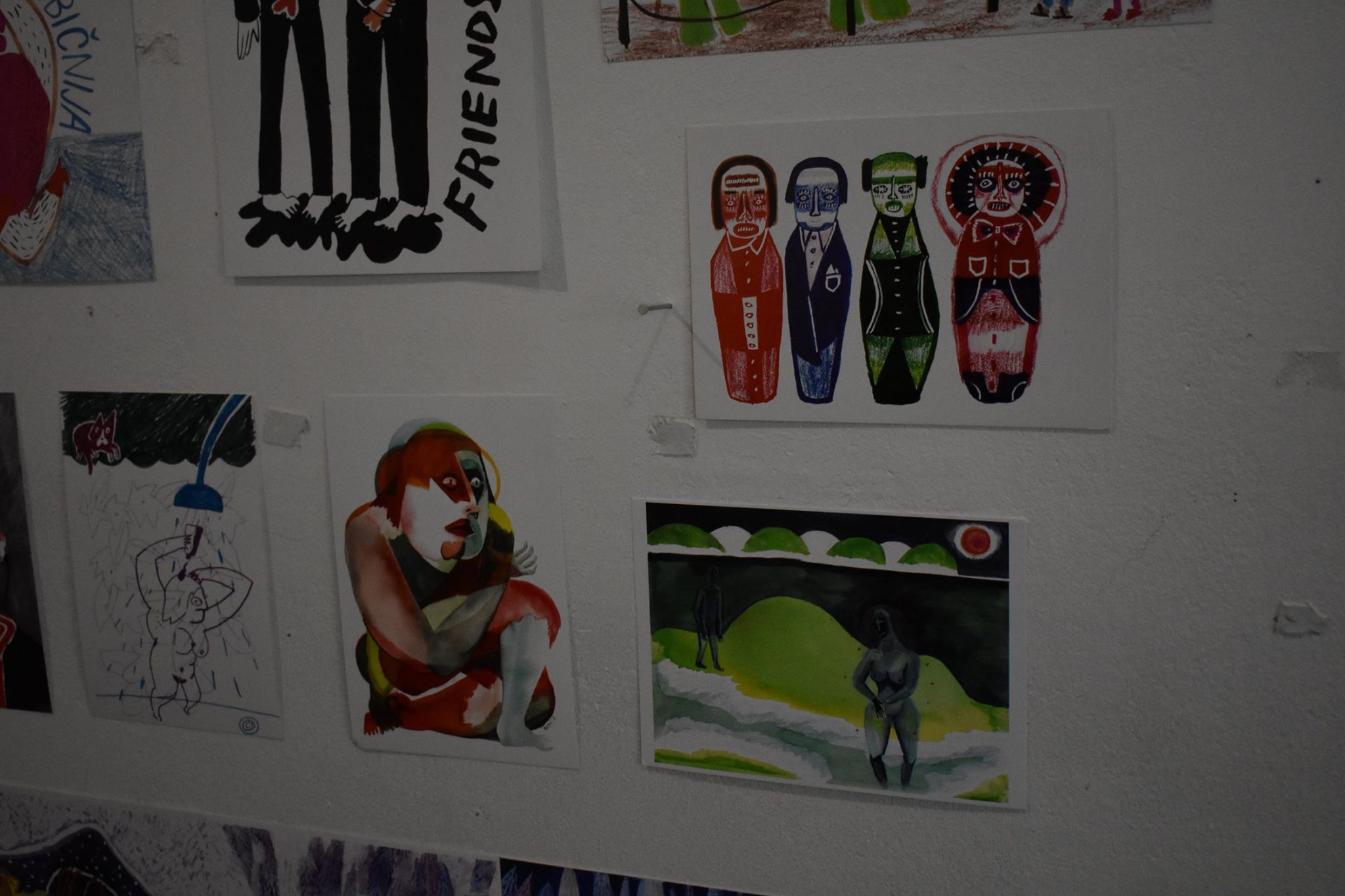 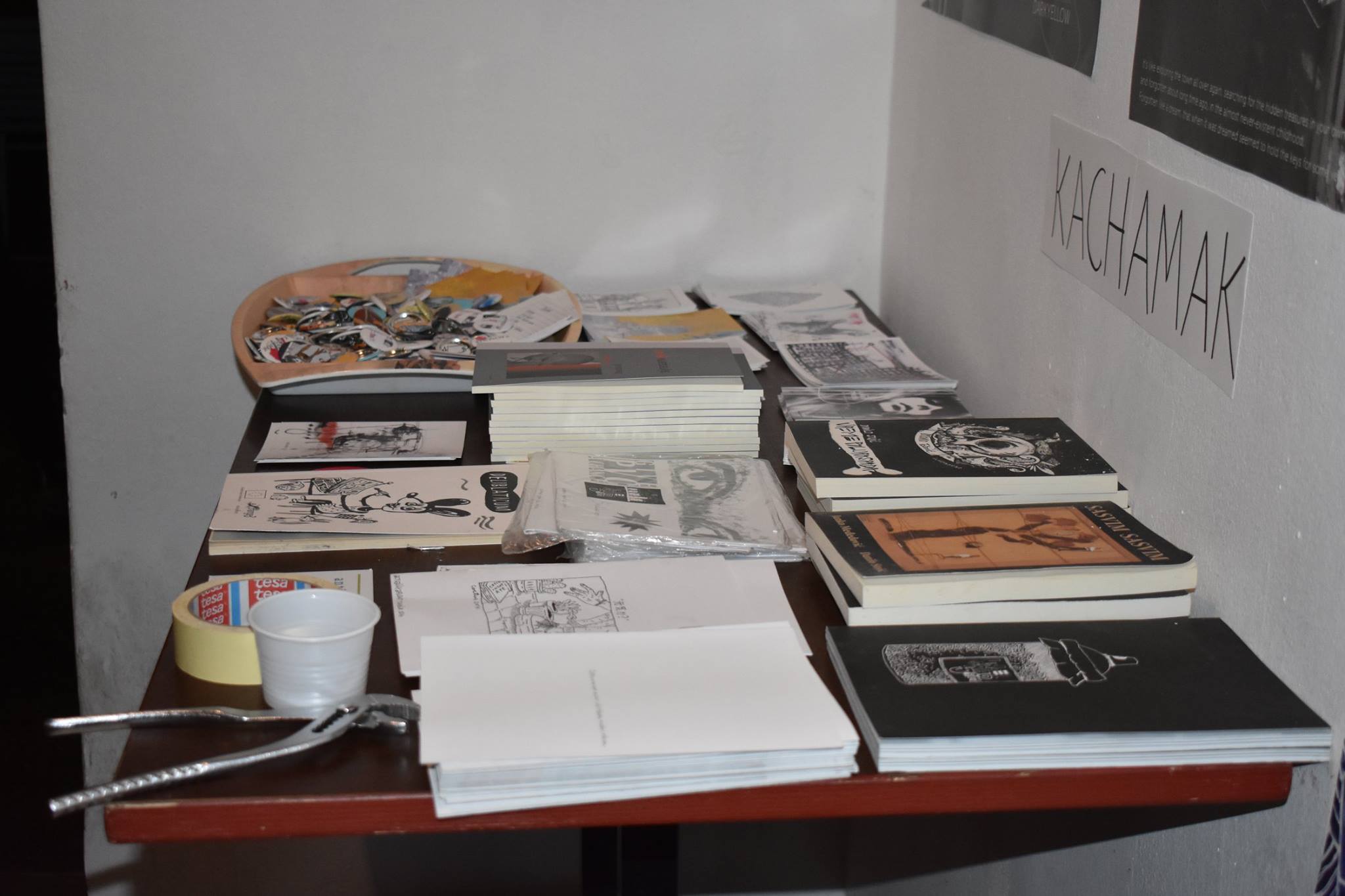 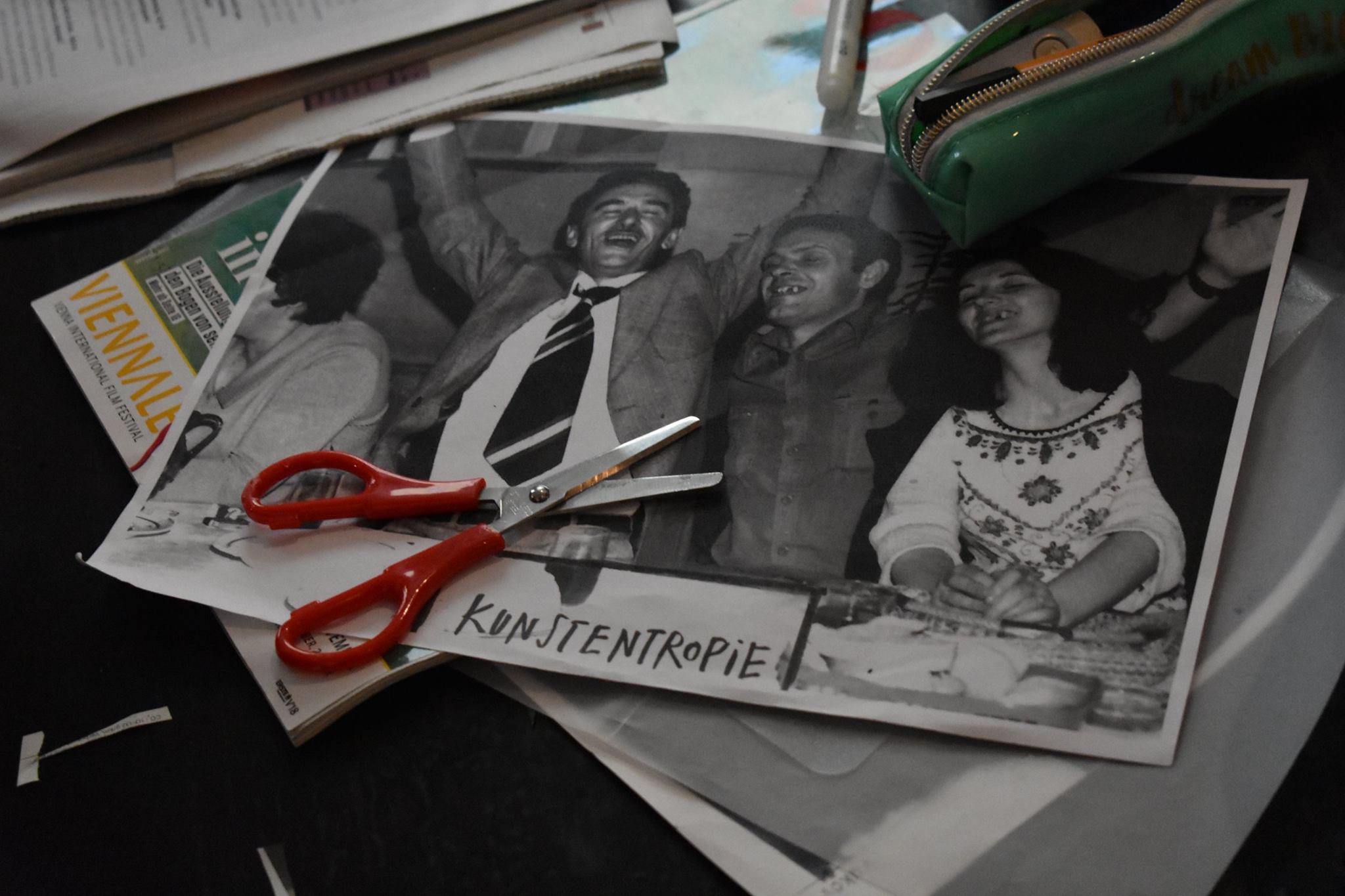 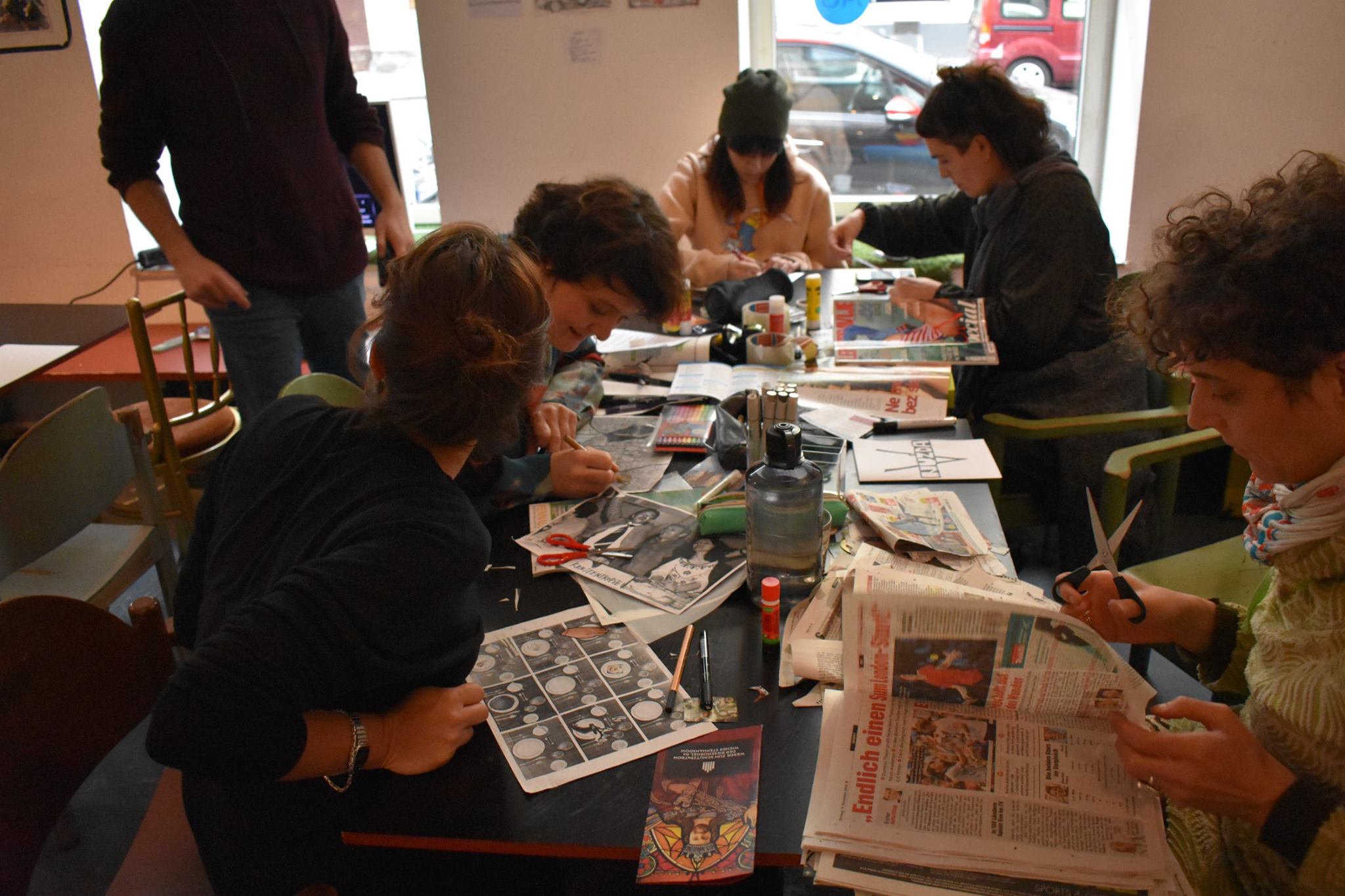 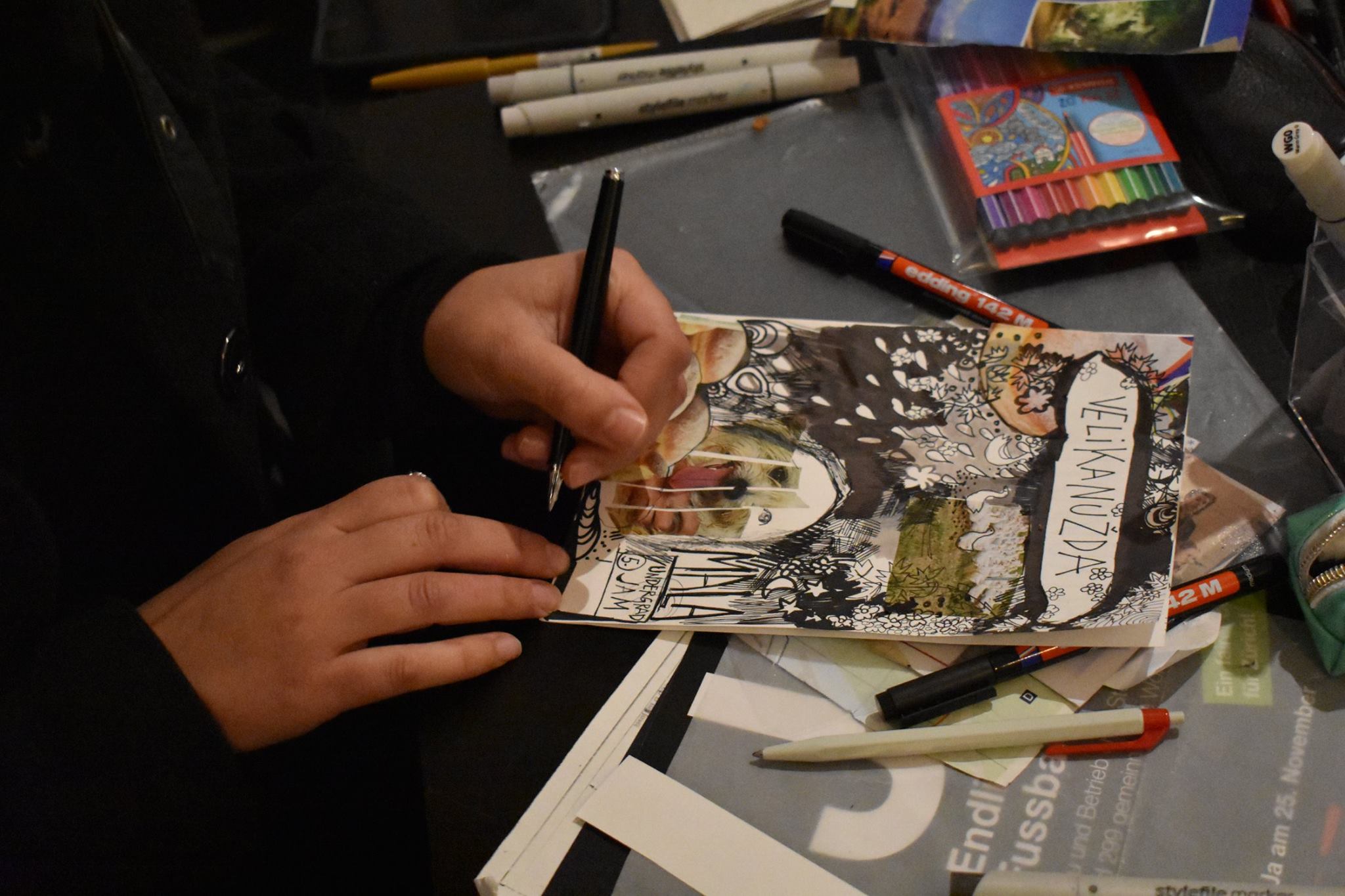 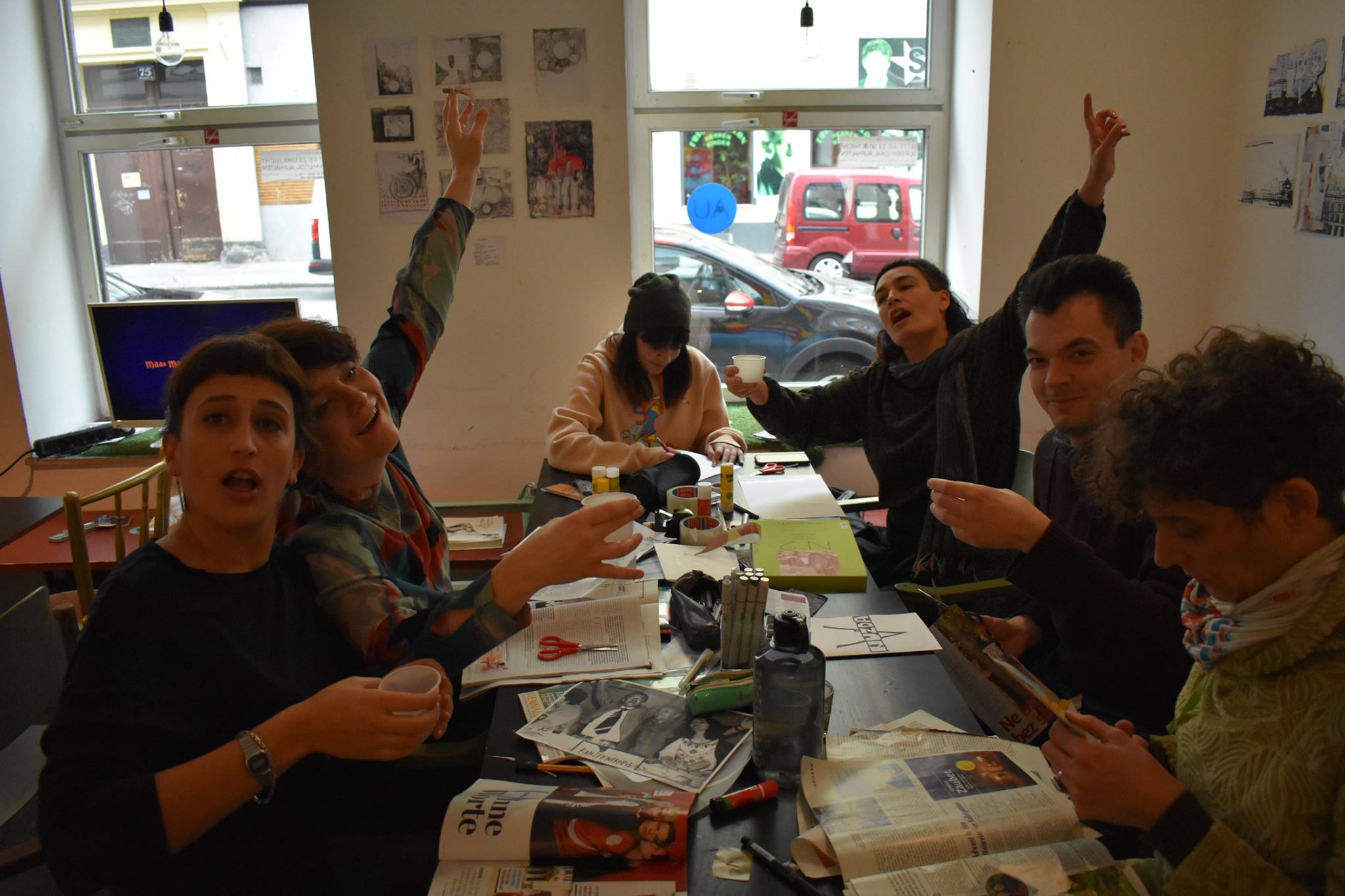 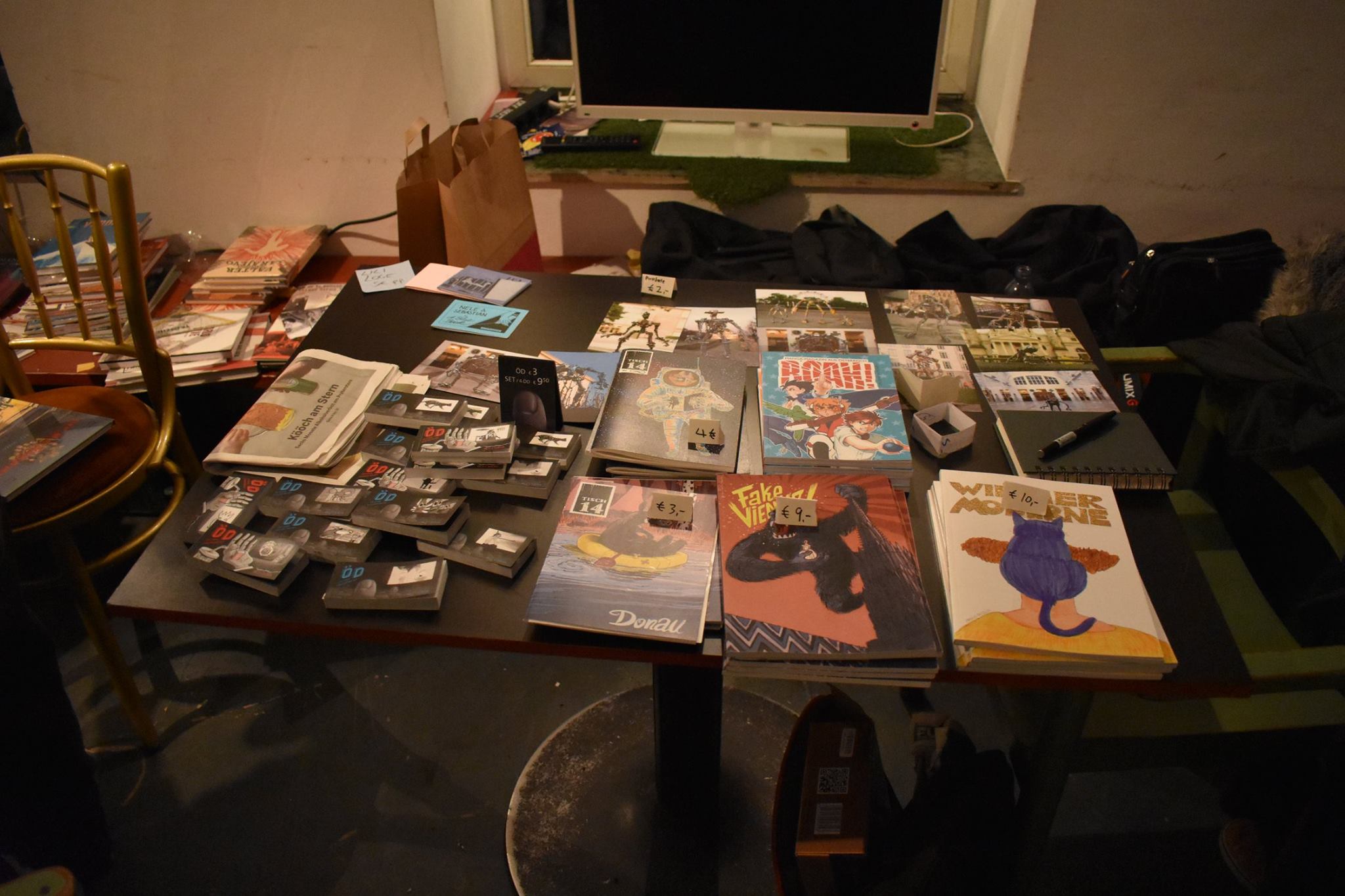 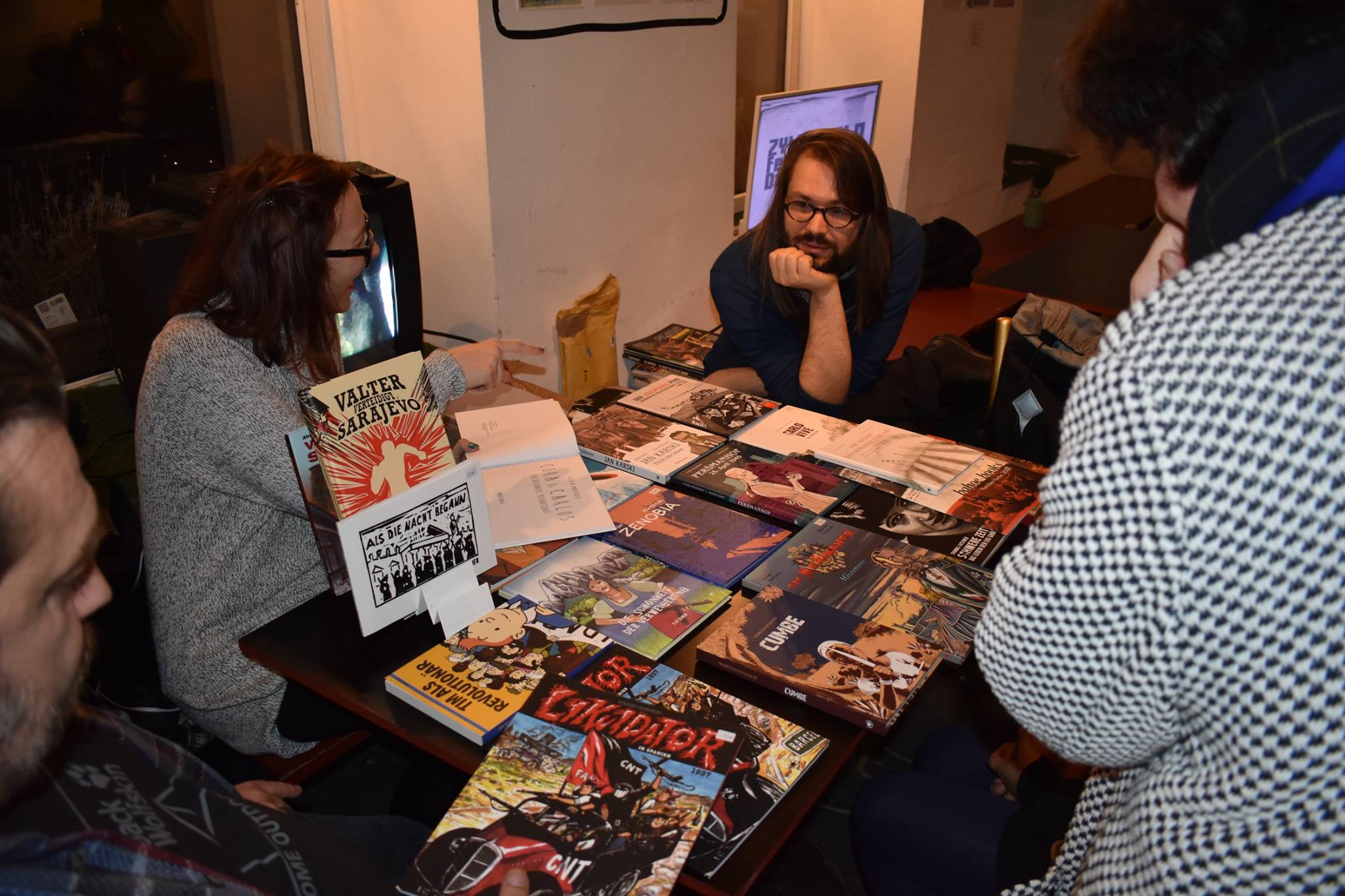 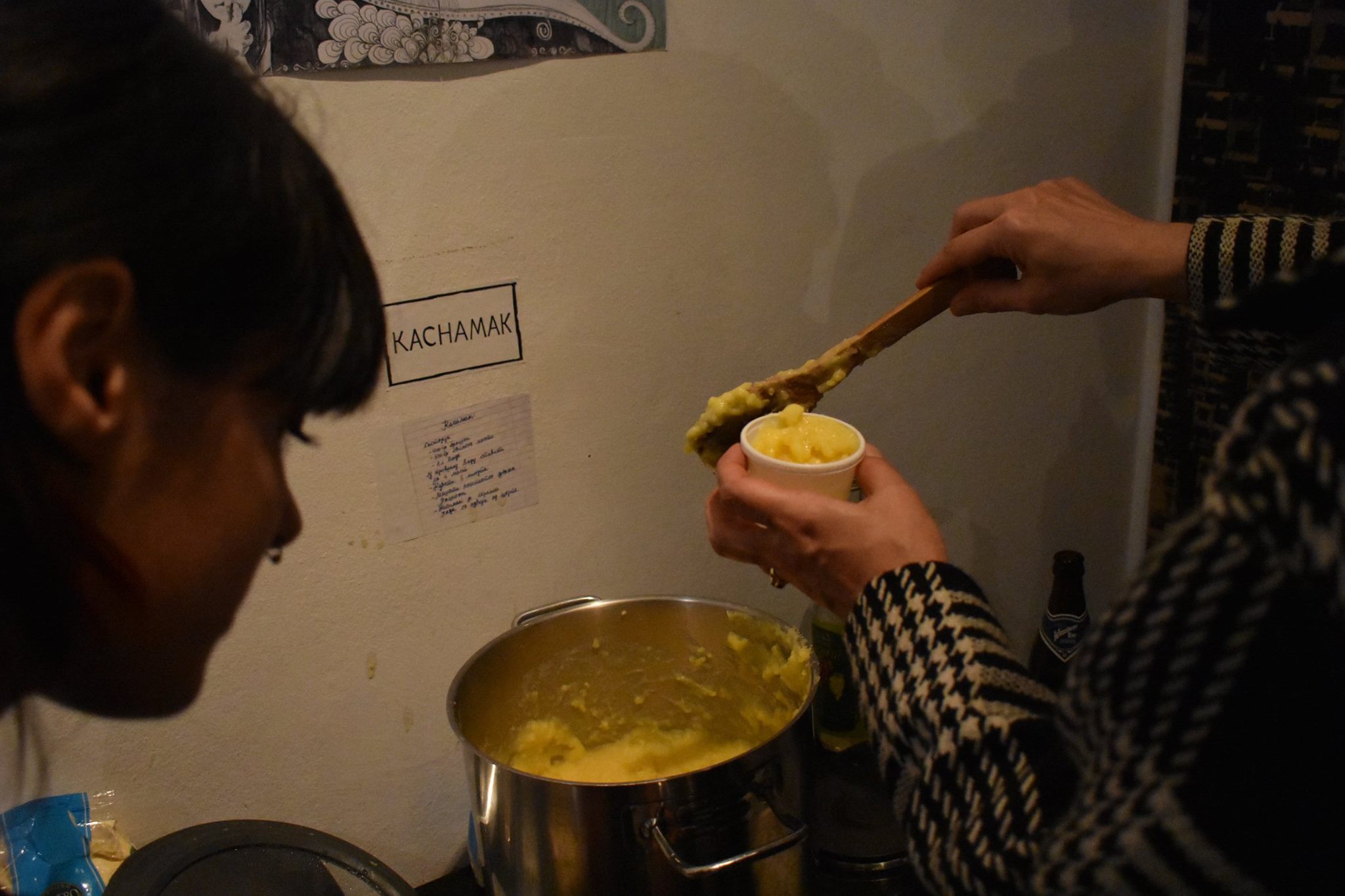 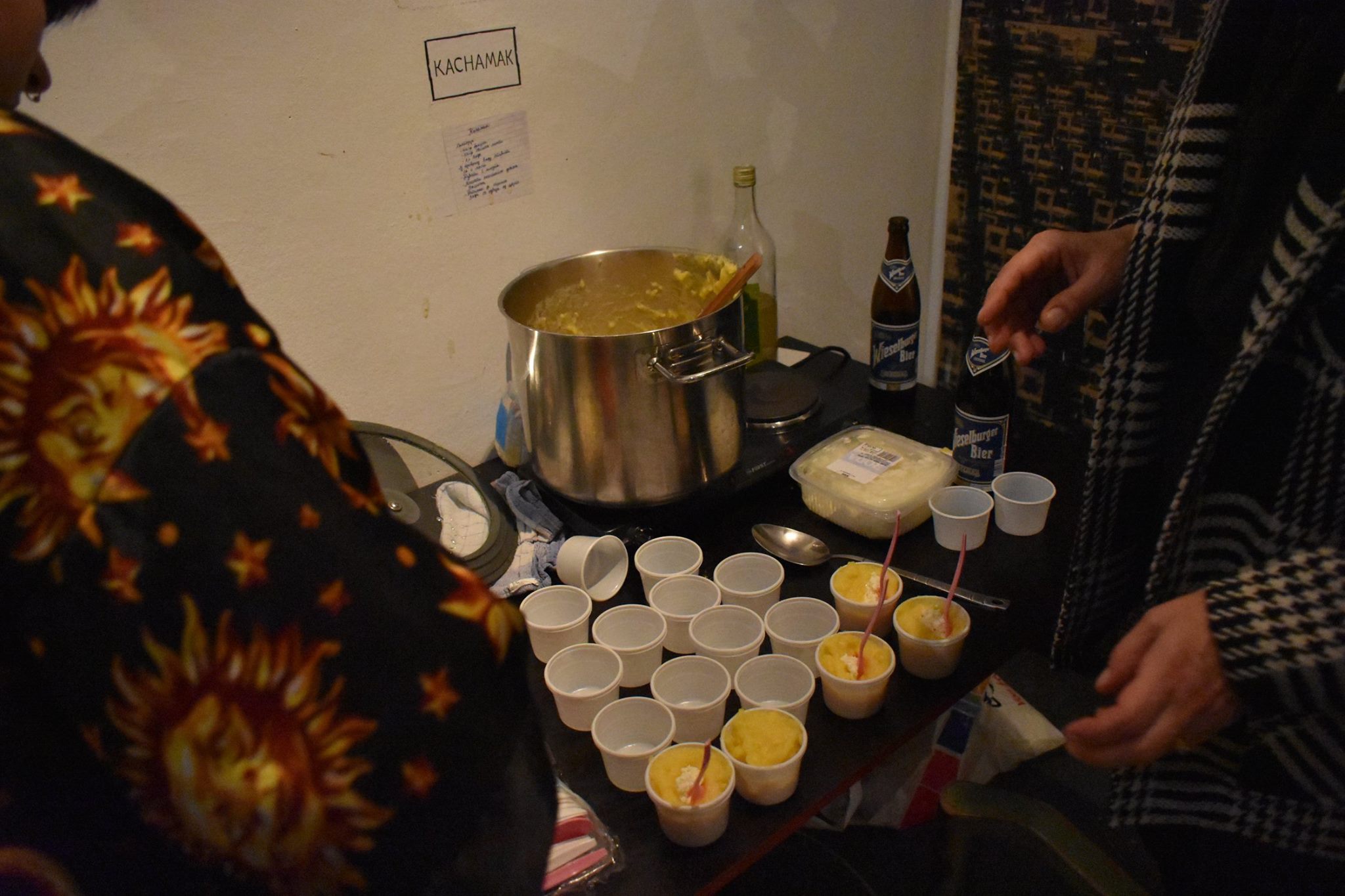 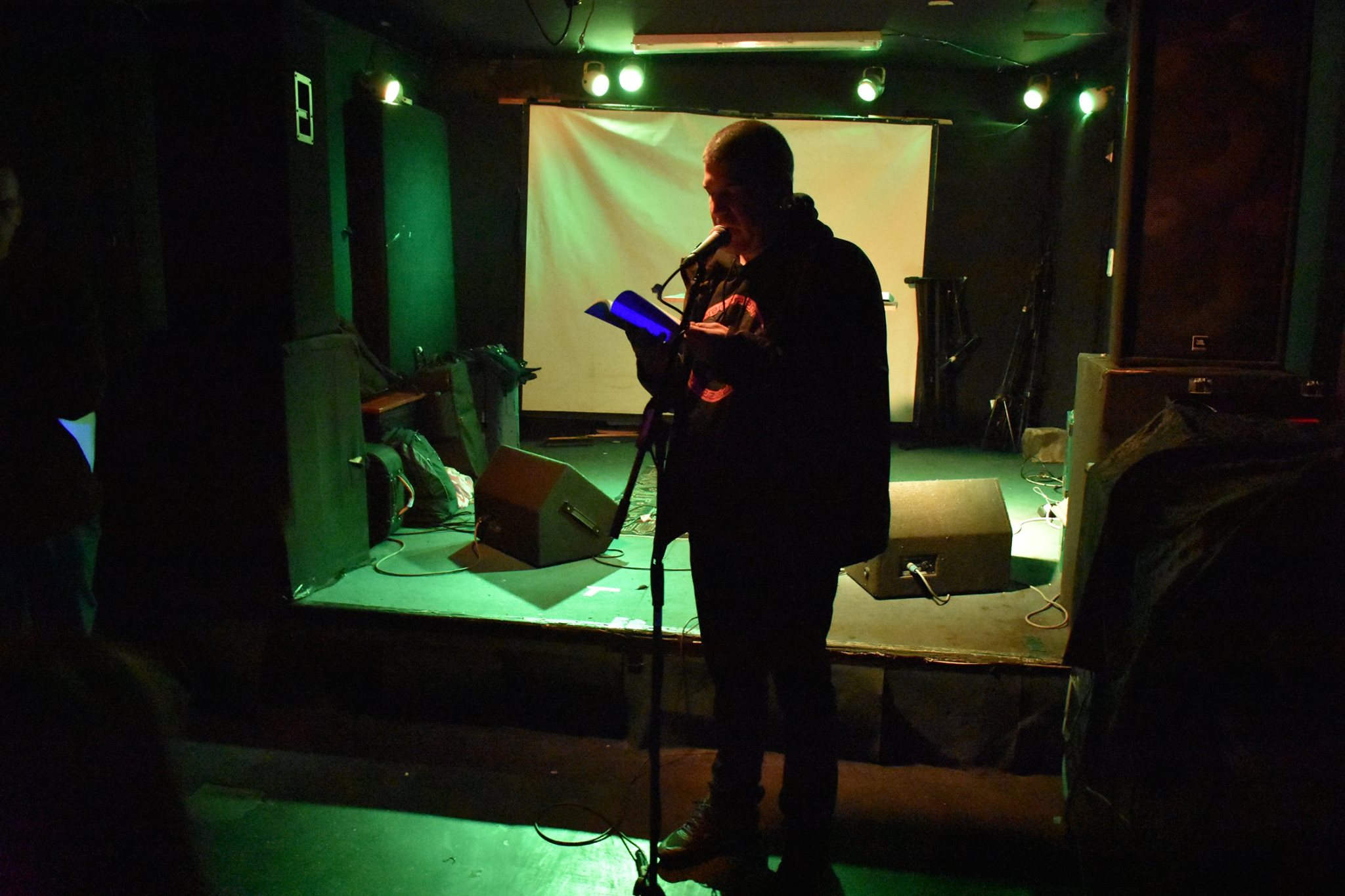